Some highlights from the achievements of SIMS

Below we’ve listed a selection of the results and achievements within the SIMS project up until 2019 12 31.

Boliden have successfully provided operational underground environments for SIMS partners to conduct tests in. Tests and evaluations related to Communication and Positioning have been carried out at two mines: Kankberg and Kristineberg.

Boliden have also been the driving partner in establishing an arena of relevant next generation use-cases for mining, that defines the needs and requirements of all technology and investigation work in this area.

This has been done with a Private Network package with fully local Enterprise Core, LTE, and 5G NR. Ericsson have also demonstrated and investigated performance and properties by showing the performance of connected people, machines and sensors live in a productional mine environment. 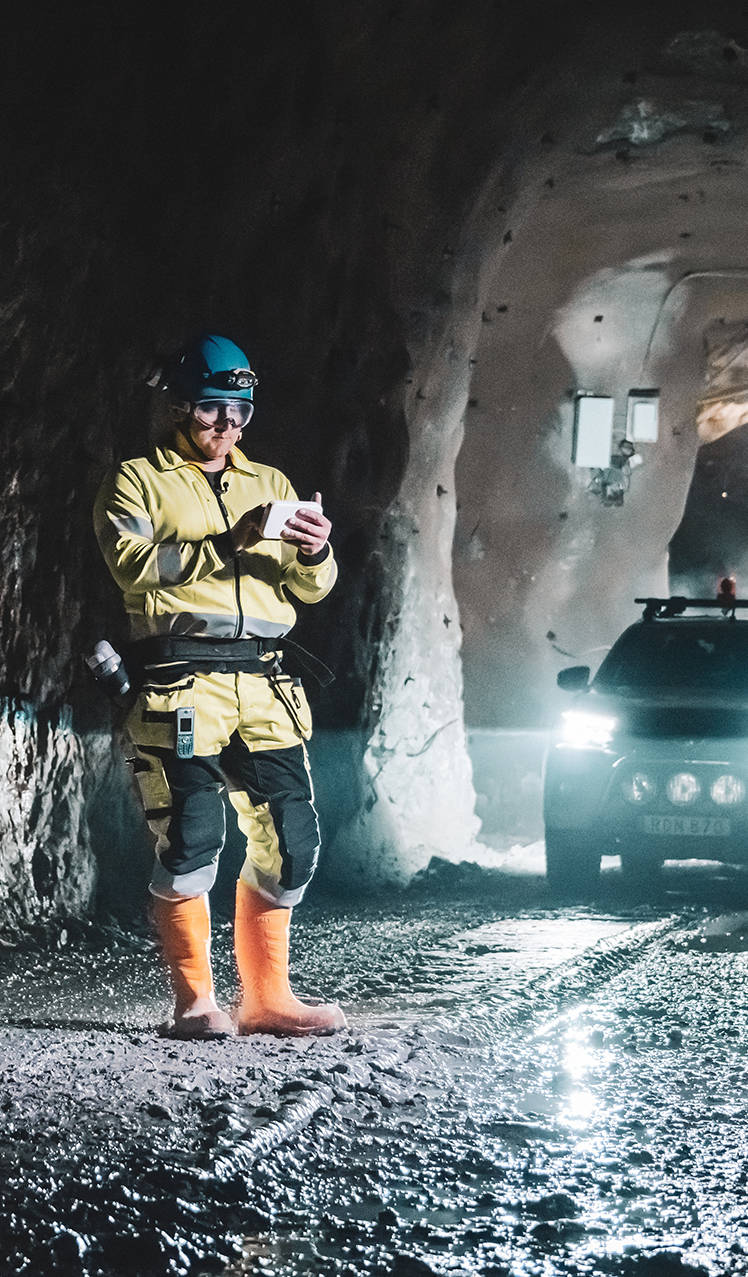 Onboard™, developed by Mobilaris within the scope of SIMS, is a revolutionizing new product that allows drivers of underground vehicles and machines to navigate in the mine, just as one would with a car navigator. Onboard™ helps the driver to avoid traffic congestions and, in case of an evacuation event, provides navigation assistance to the closest rescue chambers at the blink of an eye.

In collaboration with Mobilaris, IGW have developed and demonstrated an RFID based system with pickup antennas on mining vehicles, enabling localization of a mass of equipment, like, for example, pumps and buckets.

Furthermore, ABB have demonstrated live that sensors underground on the 5G enabled communication network make it possible to control ventilation in the mine based on data from the sensors. Having the sensors connected to the wireless communication infrastructure makes it easier to move them around as needed when the mine expands. Sensors measuring NO, SO, CO, CO2 and dust enables optimization of the underground ventilation system.

LTU-CEG have demonstrated the development of an Ultra-Wide Band localization system for underground mine applications. The system was successfully demonstrated in the mine environment showing the possibility of tracking personnel, car vehicles and autonomous aerial vehicles. 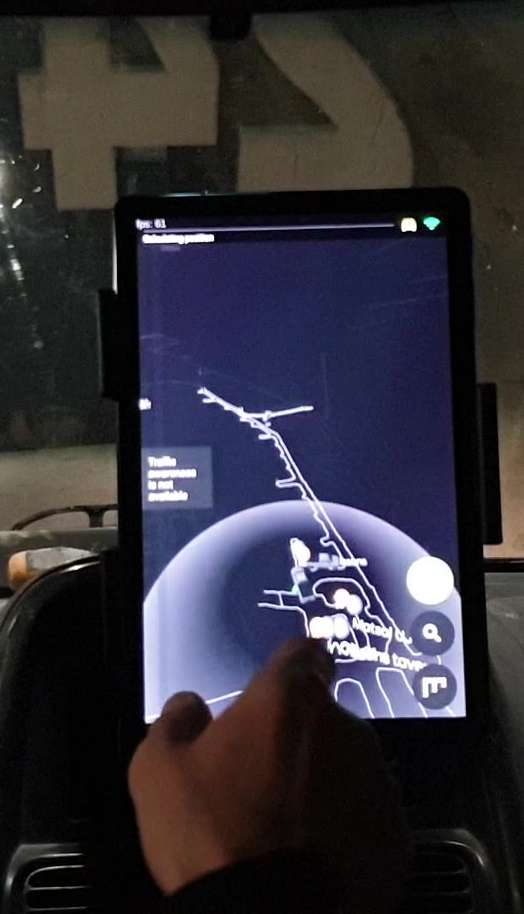 The machines developed are a Face Drill Rig (two boom), Mine Truck with a load capacity of 42 tons and a Loader with a capacity of 14 tons. The tests has been performed at Agnico Eagle’s mine in northern Finland. The tests started in  May 2019 and the machines has been in operation during a 6 month period.

Besides the machines a complete infrastructure installed and evaluated for battery charging and battery handling since the solution with changeable batteries are developed for the loader and the truck. This to have a minimal impact on the power supply within the mine since slow charging is used instead of fast charging.

The machines are performing well and according to specifications  and” the diesel engine is not missed at all” according to the operators within the mine. The working environment are significant improved due to lower diesel particle matters, noise and vibrations. 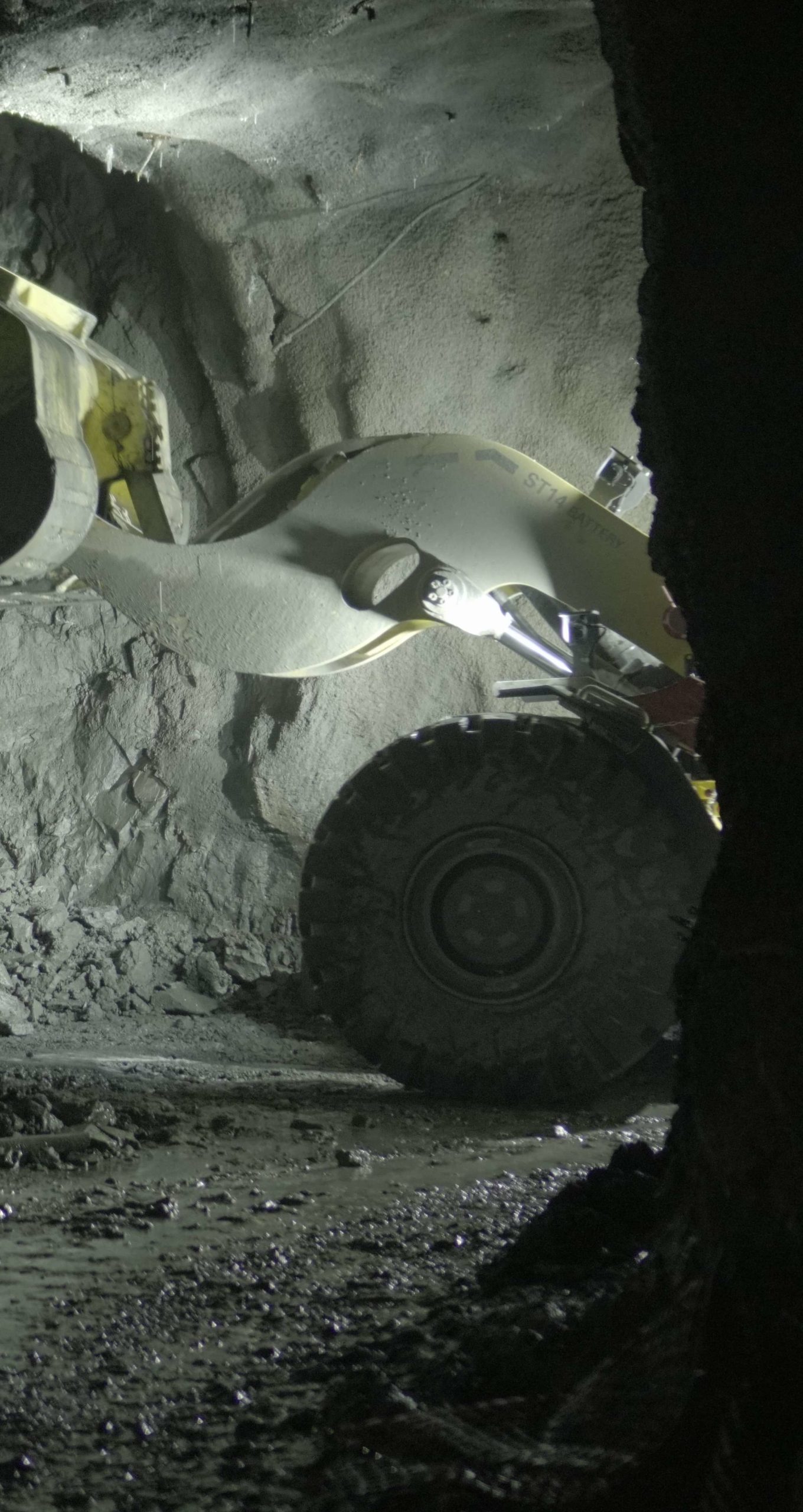 LTU HWS’s guide to social management of technology is a multi-disciplinary summary of their work in SIMS. In this guide, engineers, sociologists, psychologists and gender researchers have looked at mining technology and, from each perspective, formulated advice for how new mining technology must be designed to contribute to the social sustainability of the industry – a future where industry is characterized by attractive workplaces, equality, user-friendly technology and safety. For these very reasons, the chosen format for the handbook is “digital first”, making it easily accessible from smart phones, so that it can reach all stakeholders.

LTU HWS have also provided a mapping of the acceptance of some of the most prominent technology of SIMS: battery power, automation and positioning technology. This mapping suggests what is important for ensuring the success of the new technology. These results are summarized in the guide, so that all of the mining industry can benefit from the lessons learned.

Technology brings with it many positive effects, but there are also many negative effects lurking around the corner. Sometimes, presenting these different possible outcomes can be a dull affair, but it’s still something that must be done to ensure that the benefits from new technology are used to the fullest. With this in mind, two fictional scenarios have been developed – one dystopic, one utopic – to depict these possible effects in a manner that is more accessible, while still based on research. 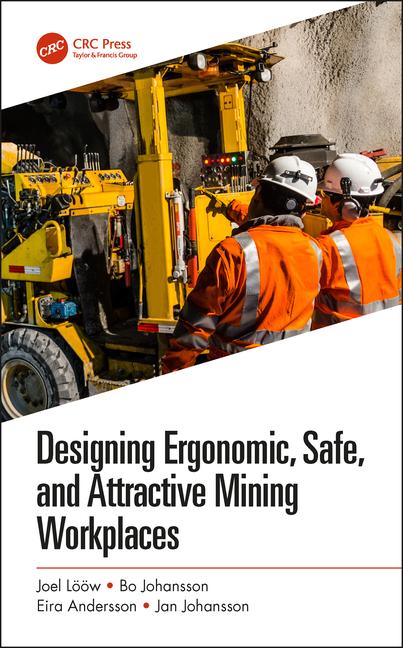 KGHM Cuprum demonstrated how to improve safety underground by limiting exposure to seismic events and rock bursts by developing controlled seismic destress blasting.The technology used here is not new. However, this method of destress blasting has never been successfully done before and is rated.

LKAB together with Epiroc and LTU improved rock bolt and mesh installation efficiency by 64%, and increased safety for miners with a newly-developed 1-step bolting method using a 2-part resin anchoring system.

RWTH Aachen with support of K+S developed a new real-time thermal-imaging-based technology allowing for rapid scanning of the face for crack detection and for identification of the boundaries between ore and waste rock in underground rock surfaces. 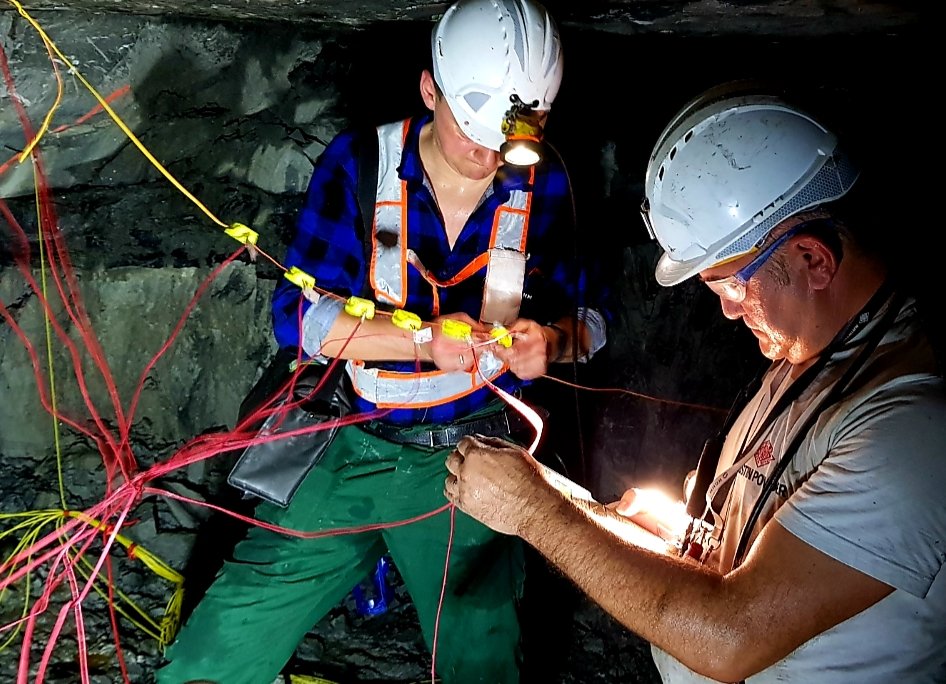 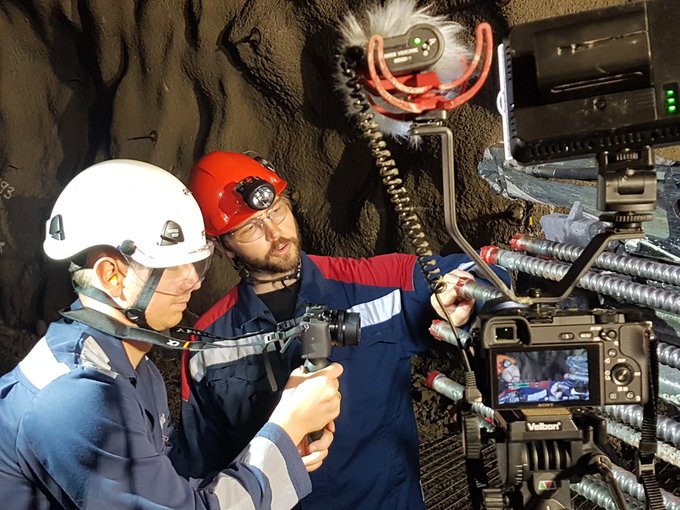 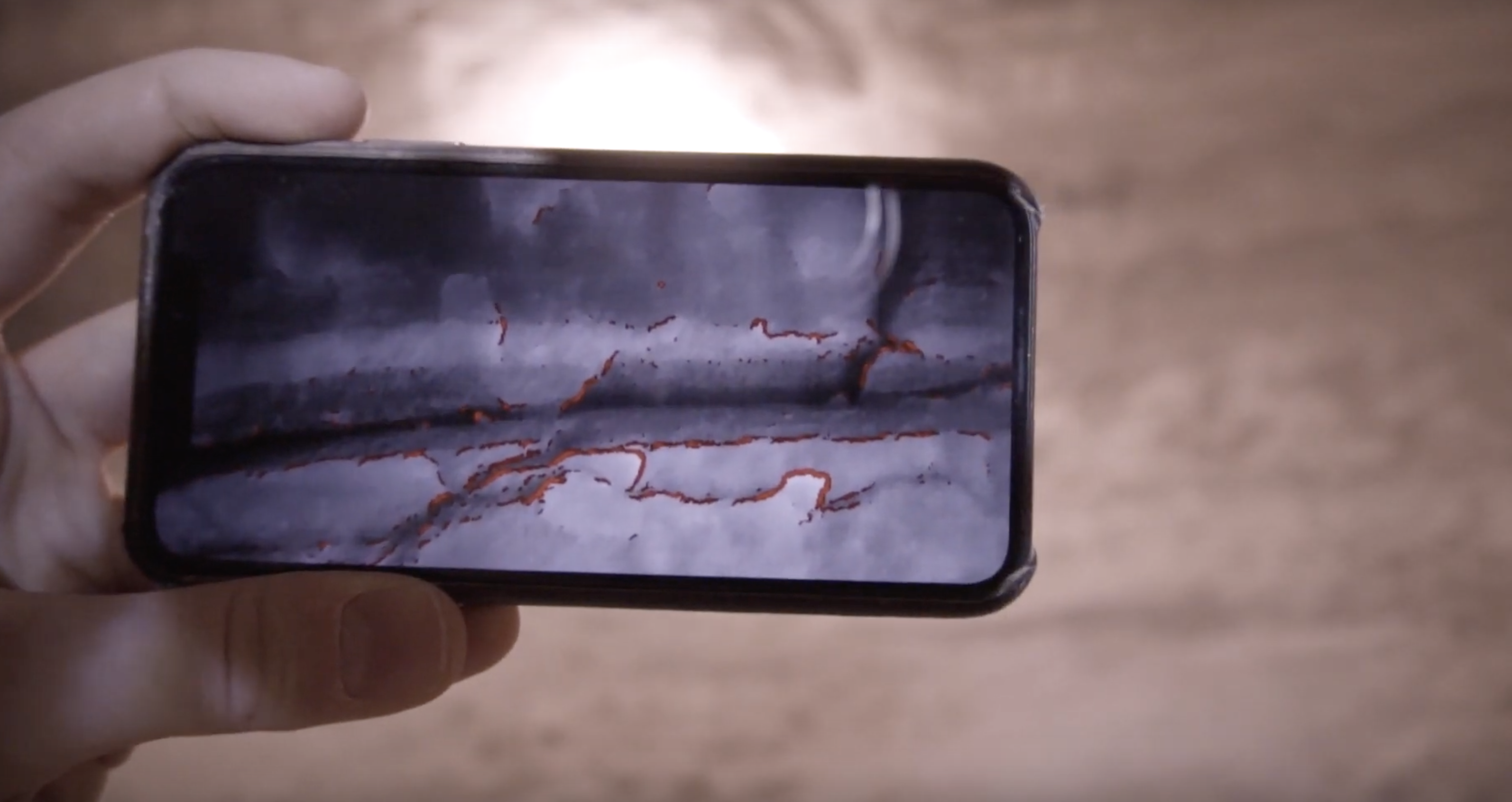 ABB are developing a robotized charging machine for underground mine applications. Demonstration of the prototype has been performed in the Boliden Kankberg mine.

LTU-CEG group are developing mine-ready autonomous aerial platforms, which can navigate along tunnels, based on onboard sensing and computing. Demonstrations of the prototypes have been performed in underground mine production areas.

Epiroc has developed a Driver assist technology for diesel-free machines, which has been successfully demonstrated in the Epiroc test mine of Kvarntorp. 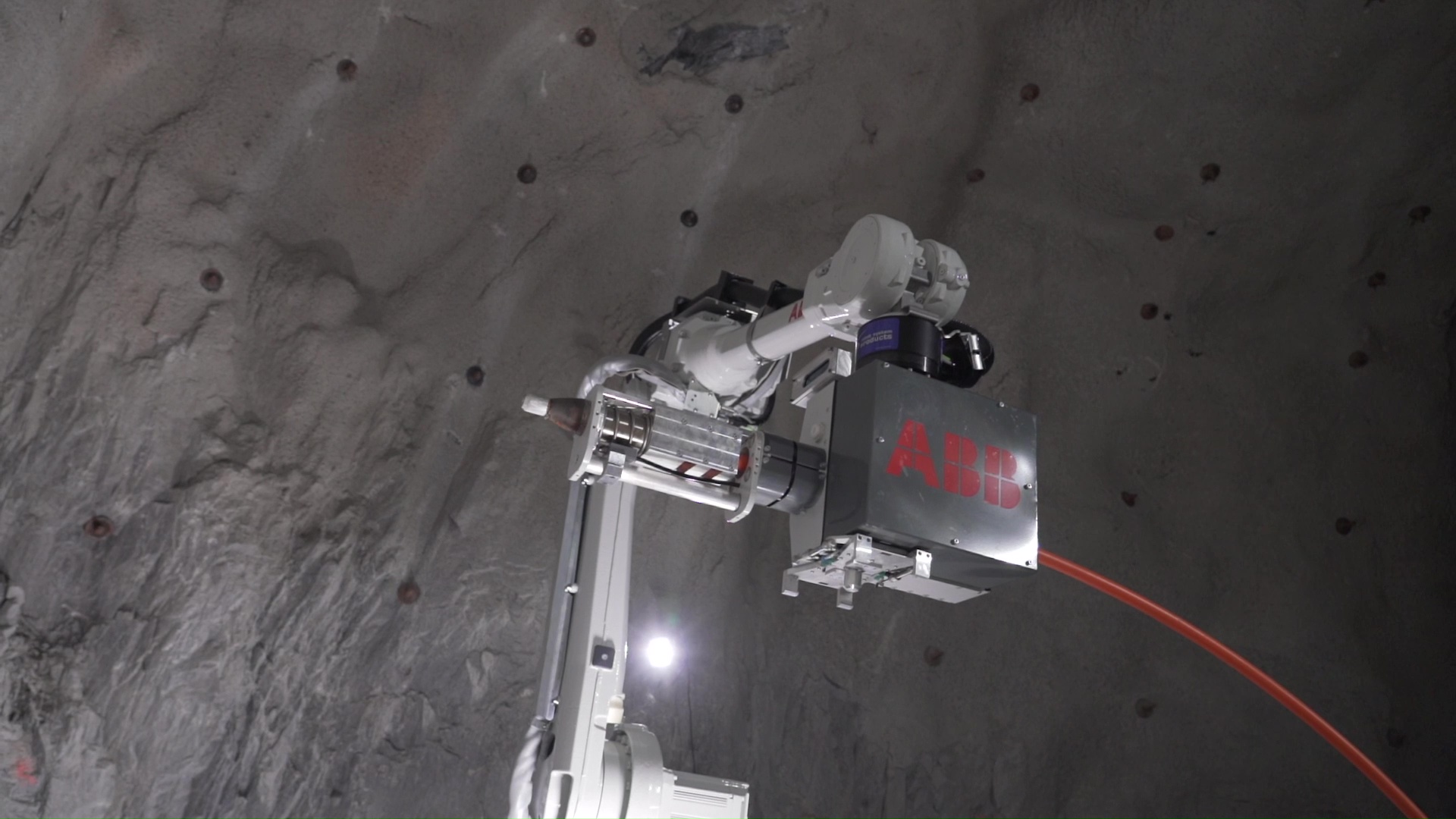 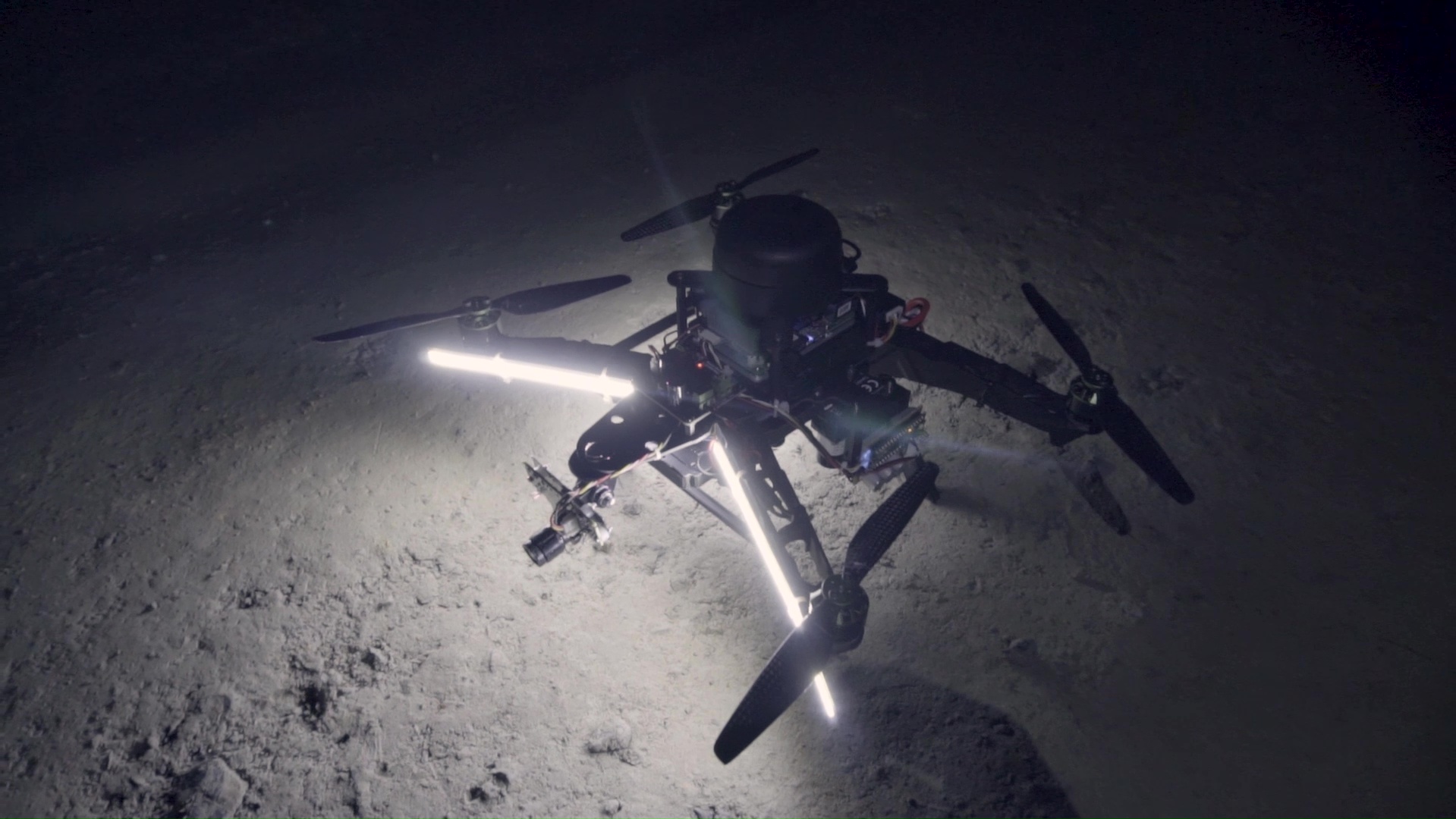 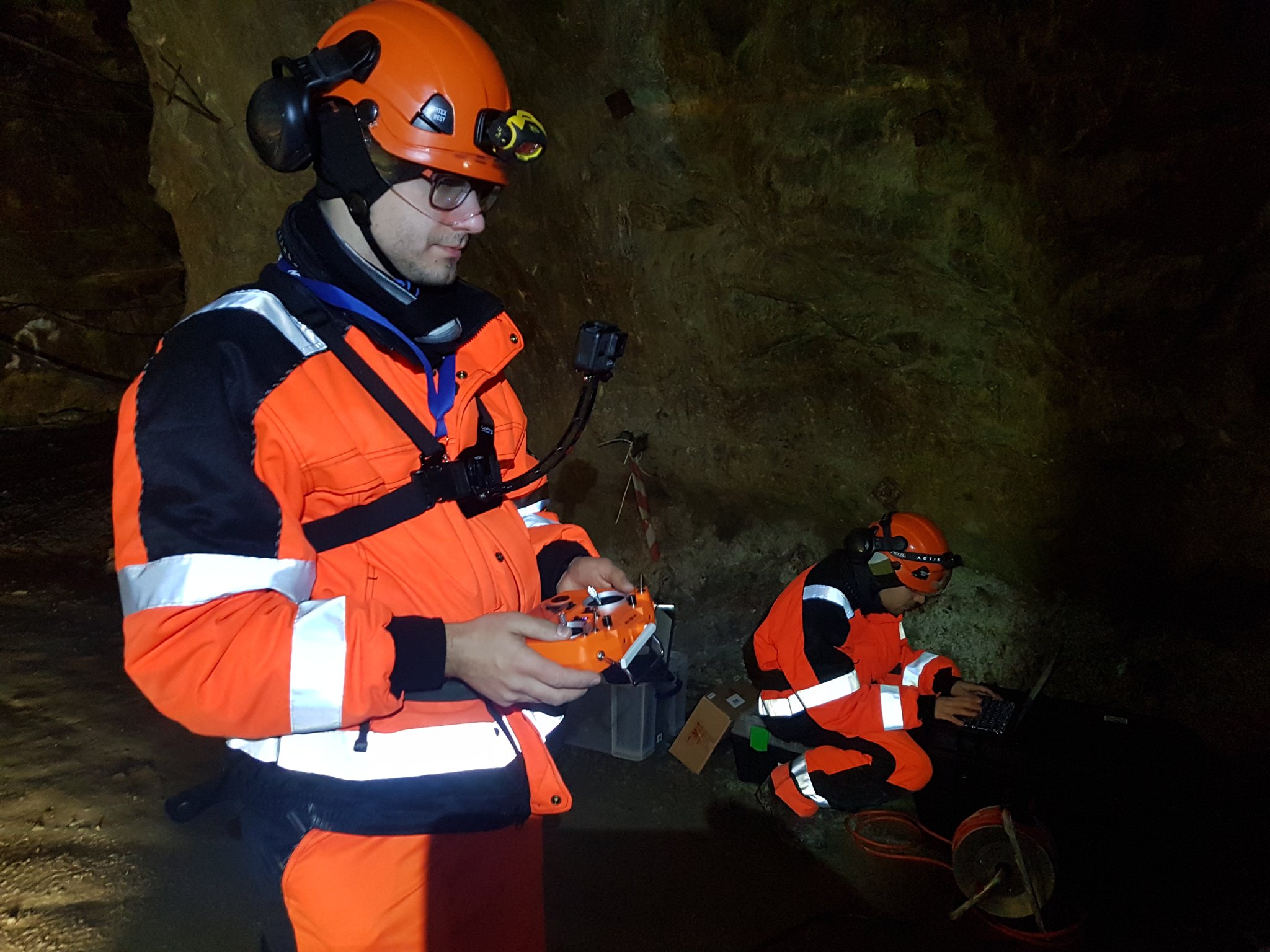 The ABB scheduling tool, that improves productivity and reduces scheduling time, has been integrated with the Boliden planning system and tested in Boliden’s Renström mine. Short-term planners have been part of testing and evaluation. A business intelligence dashboard has been developed to evaluate the results.

The ABB fleet manager system, that improves communication, data quality and productivity, has been installed and tested in Boliden Renström mine with material handling functionality. Short-term planners and machine operators have been part of the test and evaluation.

The mine simulator SimMine enables comparison and evaluation of different scenarios without disturbing the production. It is integrated with the ABB scheduler to enable long-term performance evaluation. Real data from Boliden Renström mine is used to validate the simulations.

Epiroc’s telematic system Certiq has been installed and tested in the Boliden Renström mine. Integration from Epiroc mobile machines to Boliden maintenance system Maximo has been completed and demonstrated, and the interfaces published for integration to other systems to increase transparency. The maintenance integration increase data quality, reduce manual interaction and improve maintenance planning. 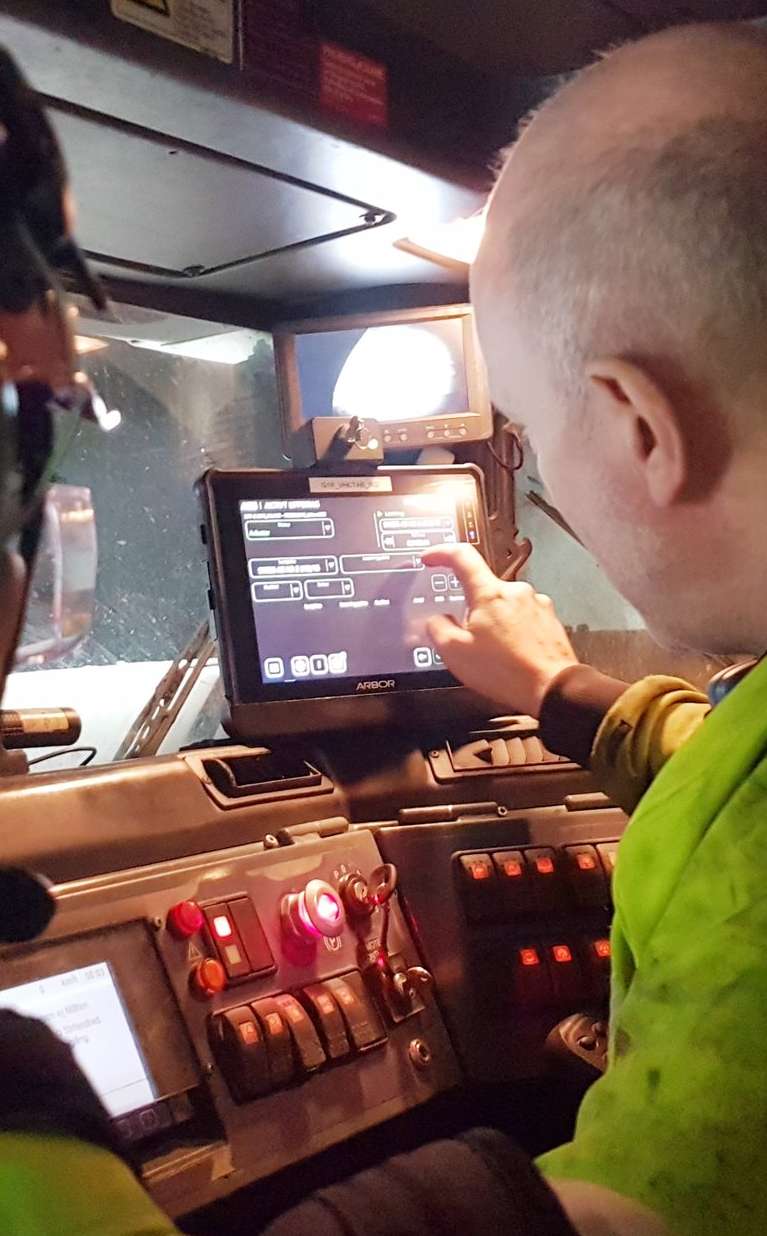 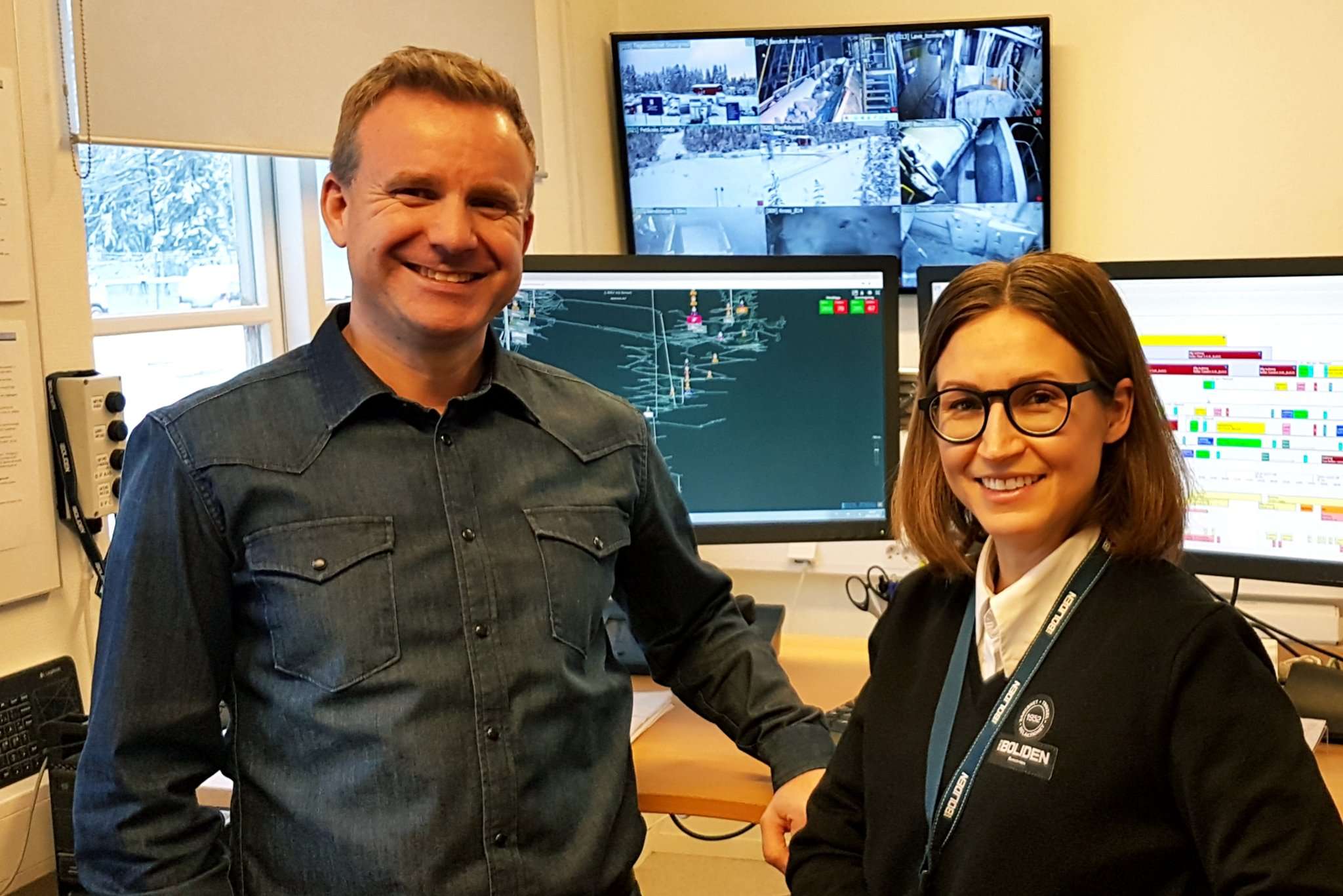 LTU MRE communicates the image of a modern sustainable mining industry with the introduction of project specific cutting edge technology. The project has showcased project results and carried out technical demonstrations in a modern way, utilizing social media, VR and film materials.

LTU MRE has built an operational VR-platform of a mining environment including the blasting cycle. Technical advancement in the selected tasks developed within SIMS are showcased within the VR-environment. The environment is used both as an educational tool for students and as a medium for communication with the general public to increase public awareness about the mining industry.

Find out more about our results and achievements within Education here 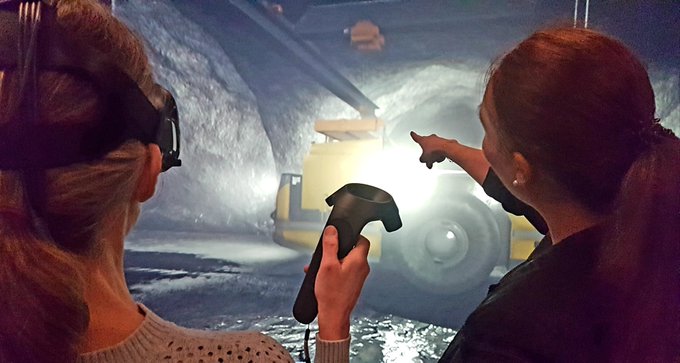 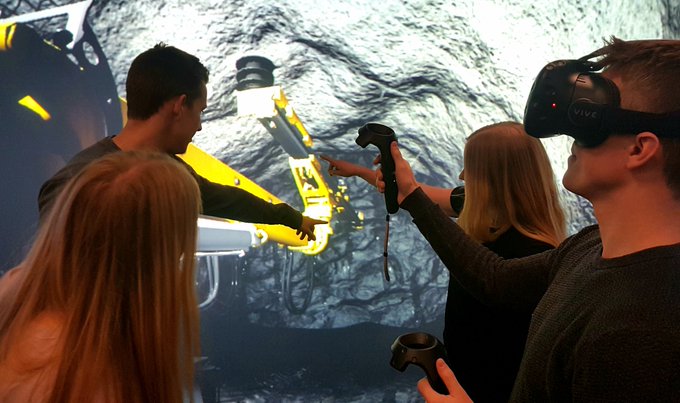 All SIMS partners have been highly involved to achieve our ambitious goals in SIMS. The ones mentioned in the text above are the ones who have been most engaged in those chosen examples.

We use cookies to ensure that we give you the best experience on our website. If you continue to use this site we will assume that you are happy with it.Ok